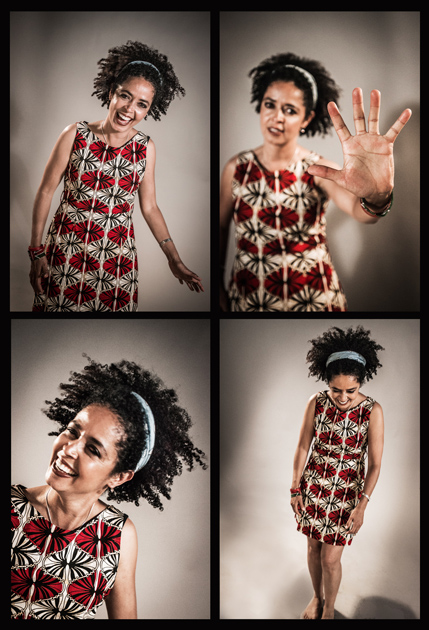 Paula spent her childhood in Karen in a wild forested area. She and her siblings would “go into the forest and swamps and rivers and climb trees”. The children would see giraffe, buffaloes and hyenas day in day out and it was here that Paula’s love of wild spaces and wild animals began.

This fascination “with everything that walk, swam or flew” evolved into a dream to become a ranger. She wanted to work for the legendary George Adamson, a conservationist famous for working with lions in Northern Kenya.

Paula worked her way through academia and finally received a PHD at Princeton University. But the end goal was always to go and work for the Kenya Wildlife Service (KWS)  “I had planned my whole life to go and work there” she explains. In two years she was promoted to Deputy Director, however it was not the dream job she imagined. Graft in the organisation forced her to resign, “because there was no way I was going to stay in an organisation where my integrity was going to be threatened and the purpose of my work was no longer what I wanted it to be.”

She got headhunted to work in Mombasa and although “her heart wasn’t really in it” it led to a serendipitous move from “serious scientist” to an author of a world bestselling children’s book, translated in 27 languages. A tsunami at the coast meant the wildlife was affected, including a baby hippo who was orphaned. The hippo, Owen, made friends with a tortoise and the story captured the imagination of children globally. This avid interest caught the attention of Richard Leakey who invited Paula to come and work with him at Wildlife Direct.

Now Executive Director at Wildlife Direct Paula heads up a team of ” Kenyans with a lot of expertise in relevant fields like lawyers, educationists…scientists, politicians. As an African organisation they aim to look at how they can make a difference for African wildlife. Already they have had “surprising results” including an ivory burn by President Kenyatta and for the first time they have a suspected ivory king pin behind bars. Paula believes that this is proof that “As Kenyans we have extraordinary power…especially under this new constitution”.

Paula is upbeat but knows there is still much to be done. One of the central campaigns that Wildlife Direct is running is called Hands Off Our Elephants and is directed against the poaching crisis, addressing the 33,000+ elephants that are being killed every year. Though the campaign is “dedicated to strengthening African pride through the endurance of its magnificent wildlife” Paula believes that it is the demand for ivory that needs to be stopped. She’s working on it! A recent public debate #Tweet4Elephants saw her bring Kenyans together to debate the best ways to protect the country’s elephants.

With these actions and so many more, Paula is helping shape Nairobi and Kenya’s attitude to its wildlife and wild spaces. Her work is protecting the future of the country’s wildlife heritage.