Annabel Onyango is one of Kenya’s top stylist and renowned internationally. When we asked her to do She Shapes Solar shoot we nearly missed the boat due to her being so in demand. We featured Annabel in one of our very early chapters of this campaign as a powerhouse that is changing the face of the city.  See and read her story here! 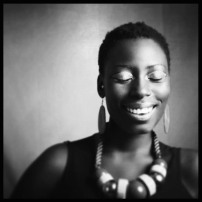 Make Up Artist and Stylist

Sinitta studied visual communication in England where she assisted her peers with projects and assignments by working behind the scenes on styling, hair and makeup.After her return to Nairobi she has been pursuing creative and high fashion makeup looks within the Kenyan arts industry and has trained with the first MAC store in Kenya. 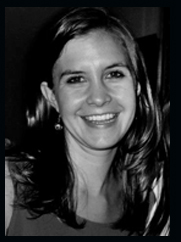 Cynara is a journalist, working with broadcasters and partners in a variety of sectors in order to reach and engage with African audiences. She has spent the last 7 years exploring low-end mobiles as a tool for news delivery and interaction with offline communities in Sub-Saharan Africa.  Previously she led the establishment of CCTV Africa’s New Media Department in their Nairobi Bureau. Prior to this she was a Mobile Analyst at Al Jazeera’s New Media Department.

In 2013 she led the Kenya Voices project, part of the Kenya Elections Dashboard, which was commended for best crowd sourcing project at the Online Media Awards.

Wangari is a photographer in her own right. She is currently doing a photo documentary project on the illicit brew trade in Kaimbu, Kenya and has just graduated from Prince Camp Media in Nairobi.

Mia has had a respected photography career stretching back 8 years in East Africa and around the world. Ongoing multi-year projects include photo documentation of the battle against drug addiction on the East African coast and the role of courage and love following a spina bifida birth. Mia’s motion picture work is with the very leading edge of movie technology. She was tapped to be the Production Manager on 2 successive IMAX 3D/Warner Bros. wildlife features: “Born to be Wild”, and “Island of Lemurs: Madagascar”, both currently in theaters worldwide.